Can you achieve remission when you have CFS? 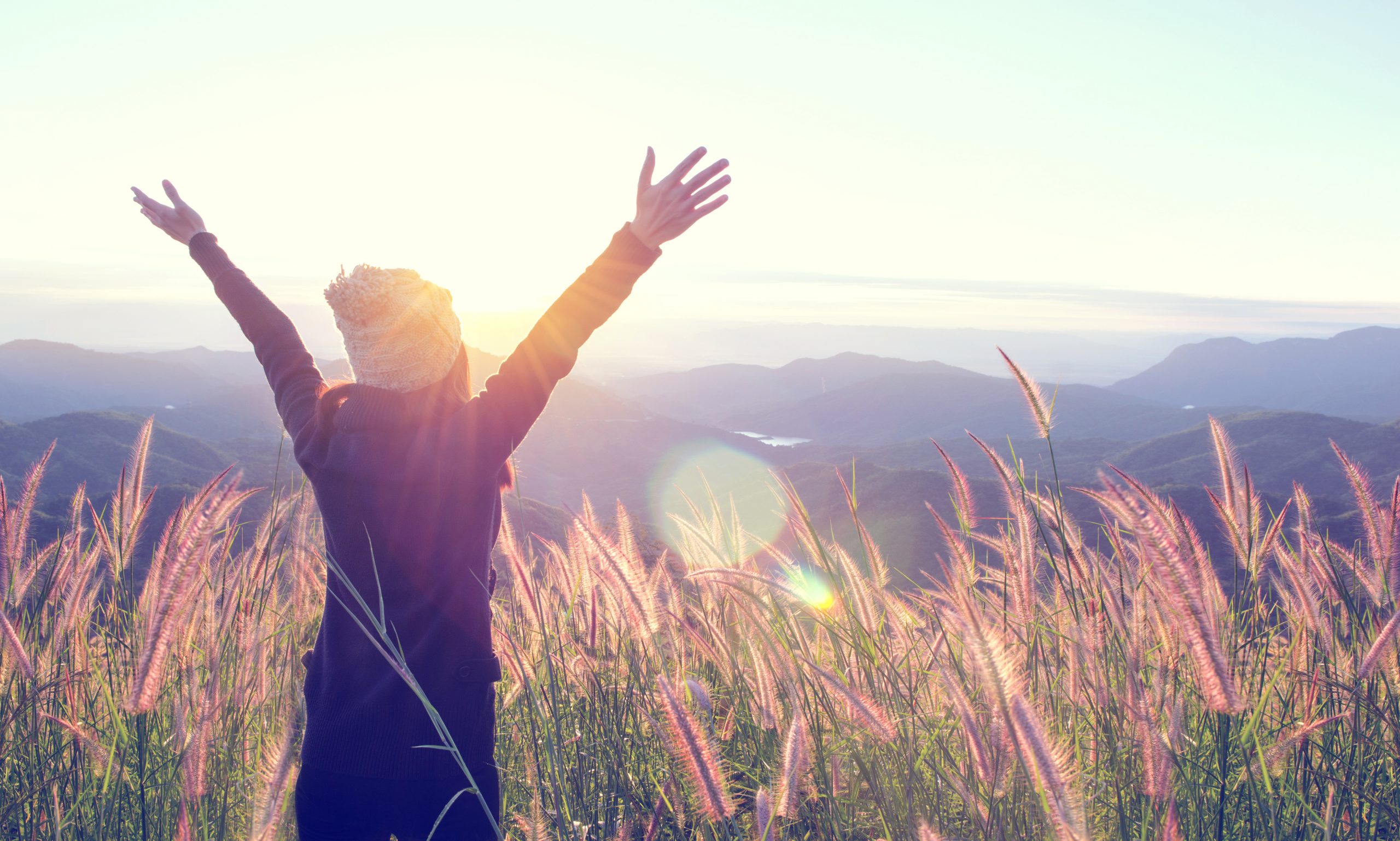 Chronic fatigue syndrome or M.E. is one of the most controversial and misunderstood conditions in medicine. Yet CFS is becoming increasingly common, affecting around 250,000 people in the UK and between 15-25 million people around the world.

In this article, I’ll be diving deep into the research and sharing my personal and clinical experience in helping others with CFS work towards remission.

I don’t know about you, but when I was a patient I found the terms CFS and M.E. very confusing.

Let me briefly explain. Currently Myalgic or Encephalomyelitis (M.E.) and CFS are used interchangeably but it has been argued that M.E. is the correct term as recent research points to widespread inflammation and multi-systemic neuropathology in the condition (1).

It has been argued that CFS is a highly inaccurate term and M.E. is more appropriate due to the dysregulation of the central nervous system, immune system, energy metabolism, ion transport and cardiovascular abnormalities (2,3, 4,5 ).

However, I would argue chronic fatigue syndrome is simply a group of symptoms which may have many causes. The array of symptoms that accompany CFS can be wide and varied from gut issues to weight loss to neuropathies.

CFS can also overlap and be confused with conditions such as Lyme disease, Chronic Inflammatory Response Syndrome (CIRS), Fibromyalgia, POTS and many others.

If you are confused, don’t worry! Many researchers and doctors are still confused because it is not entirely clear yet.

What are the diagnostic criteria?

I could write an entire article about the diagnostic criteria but suffice to say, there is still no universal criteria used in the world. Each country uses different criteria from Oxford to Fukuda to Reeves (7).

The current NICE guidelines in the UK were written in 2007 and are very weak, but fortunately new guidelines are coming out early in 2021 and should be much clearer (8, 9).

As I don’t know what’s going to be in the latest CFS guidelines, for our purposes I am going to use the CDC’s (Fukuda criteria) because I believe this is closest to a typical CFS patient: (10)

‘CFS can be diagnosed when:

A patient has fatigue for longer than six months that cannot be explained by medical or psychiatric conditions and must be accompanied by at least four of the following symptoms:

Watch this space as I will report back when the new NICE guidelines are released in early 2021.

There are multiple theories about what contributes to CFS which I will explore in detail in a future post, but here are the highlights:

And finally, before I begin to answer the ‘million dollar question’ I think we need to ask:

From a research perspective, defining remission is difficult, because in some respects, it depends on how you define health. Criteria include symptomatology, daily functioning, quality of life and physical functioning (22).

In a recent study doctors defined remission as ‘complete symptom remission and return to premorbid functioning’ (23). But I believe it only describes half the story.

In my opinion, if a patient invests their faith, time and money in holistic care and the best we can do is return them to their ‘normal’ life then I feel like we have failed.

I want my clients to feel better than they ever did before becoming unwell and feel able to achieve their dreams! They should feel the rapture of being alive!

But that is self-indulgent and if we can get someone from bed bound to returning to work, that’s a great achievement.

And finally, I do believe remission as opposed to recovery is a healthy term because remission suggests the risk of return.

And in my experience, if clients don’t invest effort in maintaining themselves, from regular stress management to some moderate nutritional support, CFS can creep back.

Enough ‘rambling’ let’s get to it!

Is it possible to achieve remission when you have CFS or M.E.?

To answer this I’m going to provide a glimpse of what the current research says v.s. my experience as a patient and practitioner using a nutritional therapy/functional medicine approach.

From a research perspective, there are a limited number of studies that have been conducted looking at the two mainstream ‘therapies’ that have been accepted. These are Cognitive Behavioural Therapy (CBT) and Graded Exercise Therapy (GET).

Several small studies conducted in the early 00s have suggested CBT and GET have the potential to achieve recovery in a small number (around 20%) of patients with CFS (24, 25, 26). This was further ‘supported’ by several meta-analyses (27, 28, 29, 30, 31) However, we know approximately 7% of patients will ‘spontaneously’ get better without ‘treatment’ (32) so in reality, I’m not sure how great that is.

According to the published research, CBT and GET have been shown to contribute to improvement in disability (e.g. walking 5 metres to walking 50 metres) and remission in around about 20% of people (bed bound to being able to go shopping).

Conversley, in 2011, the PACE trial one of the first large scale randomised control trials comparing CBT and GET, seemed to agree with the above findings.

However, years later the paper was lambasted and discredited for poor quality science and conflicts of interest (33, 34), yet this paper is still cited by many doctors (35). It turns out the study was funded by the department for work and pensions (DWP).

So as you can see not very helpful. If you have CFS/M.E, you will agree, if someone told you to start exercising when you could just about walk around the house, you would tell them to piss off.

Fortunately, in the latest NICE guidelines, NICE have redacted their recommendations for CBT and GET as therapies (36).

I would, however, advocate CBT, in the early stages of recovery, but not for the reasons you may think. Check out my article on the Gupta Programme if you want to learn why I think CBT could be a great tool.

Now, moving away from the limited ‘mainstream’ narrative, I will share from a holistic perspective, what I believe and have seen is possible in achieving remission in CFS.

I’ll come out and say it: I do believe it is absolutely possible to achieve remission in CFS.

If you are unfamiliar with my story, you can read about my story here. I spent most of my twenties in bed wasting thousands of futile attempts to get better. Four years later I am lucky enough to be living well and helping others.

I will say if you are looking for a ‘magic bullet’ or single ‘therapy’ that is going to achieve overnight results, I’m afraid you may not find it. If you are willing to have an open mind, be patient and commit yourself then it is possible to support remission or recovery.

Hurry Up and Tell Me How!

In my experience, there is no fixed formula, everybody’s path requires a personalised approach, but I have observed a few trends:

This can typically be a viral infection especially from the herpes family such as EBV, CMV, HHV-6, VZV. But this can also range from bacteria like Chlamydia Pneumoniae to parasitic infections like Babesia which can be very difficult to find on testing. I will be diving deep into the connection between viral infections and chronic fatigue in the future.

2. Supporting the liver and NO/NOO cycle

Once a possible infection has been ruled out or addressed, many people benefit from ‘mopping’ up the oxidative ‘mess’ left behind by chronic viral infections.

This can range from supporting phases 1, 2 and 3 in the liver to mitochondrial support using formulas like CoQgammaE from Dr Martin Pall (Allergy Research Group) which provide the potent antioxidant support required.

I don’t believe everything happens for a reason, but suppose it did? What would the reasons be for your illness?

I’ve written extensively about the emotional aspects of healing, so all I will say here is that in my experience, people who tend to develop CFS are the sensitive souls who tend to be creative, extremely driven and perfectionist.

In my experience addressing the biochemical barriers to health is essential, but almost futile if you don’t addresss the ‘neurobiological’ aspect of the condition.

In essence, some people believe that CFS arises due to ‘limbic hypersensitivity and to fully recover into health, we must ‘re-train’ the ‘limbic response’.

As Dr Dietrich Klinghardt once shared that behind every infection is a toxin, and behind every toxin is an emotion. Usually, if you have addressed the above, and you still remain unwell, there is normally a toxic burden of some kind.

I’m not talking about acute medical poisonings, but a very low burden that is inhibiting your development.

These can range form petrochemicals to pesticides to herbicides to plastics to heavy metals.

One positive from Covid-19 has been the increased research interest in the effects of pollution and immunity (37).

I believe pollution will be the new epidemic, and the rise of infections and chronic health issues will primarily be driven by the dampening of our immune systems from pollution (38, 39) especially if you have lung conditions.

Pollution levels from air, land, sea and technology have never been higher and humanities production of waste is outpacing mother earth’s ability to process it. We must do our best to protect ourselves.

5. Keeping it simple and Building your Health Dream Team

I’ve written a lot about this, but I cannot emphasise it enough, especially if you are dealing with something like CFS. Clients waste thousands on expensive tests and ‘faddy’ therapies that don’t offer much in return.

As they say, the last thing a master learns is simplicity and I would encourage you to seek out practitioners who strive for this. Sometimes, elaborate interventions are needed, but less often than not.

And finally, like I said at the beginning, if you are looking for a single therapy or person that is going to help, it’s highly unlikely you will find it (I hope you do).

Instead, it will take a small number of people who are great at what they do. In my case, a nutritional therapist, body talk coach and acupuncturist (but the NT and body talk coach did the heavy lifting and I am forever grateful to them).

And team members don’t always need to be professionals. For a couple years, a few wise friends helped re-frame things when I was feeling down.

Whichever way it’s meant to be for you, surrender, trust and have faith you will get there in the end.

Wishing you well on your best path to health,

Whats up are using WordPress for your blog platform?
I’m new to the blog world but I’m trying to
get started and create my own. Do you require any
coding knowledge to make your own blog? Any help would be greatly
appreciated!

Hi, if you want to keep it simple then no coding required. Setting up the hosting can be a bit confusing. I recommend using a trustworthy developer who can help get it up and running. 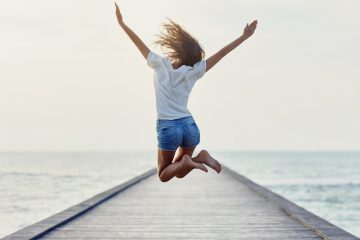 Inder’s Quick Win #001: “When you feel you can’t do something, focus on something you can do”

If you spent a lot of time ‘stuck in a rut’ focussing on all the things you haven’t done and can’t do, then this one’s for you. From time to time, I find myself stuck Read more… 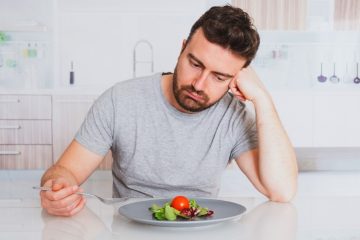 What is the Best Diet for Chronic Fatigue Syndrome? 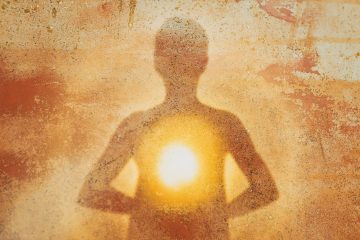 Kinesiology is one of the most controversial, confusing and underated techniques in the ‘alternative’ health community. In this article I explore the origins of Kinesiology and explain why it may have a place when addressing Read more…